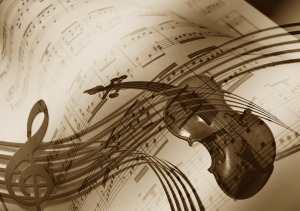 We’ve stressed the importance of mindset and nothing validates that more than the story of Admiral William McRaven. You’ve also learned the value of higher consciousness and mindfulness when approaching risky situations and even in every day operations. This next story is perhaps, another view at the possibility for seeking more from mindfulness and consciousness in the routine of an average day.

I’ve hoped that you’ve been reading these blogs to learn the characteristics of a fearless leader so that you can hone those qualities yourself. But, why be a fearless leader? Isn’t it for happiness, ultimately? Happiness, even beauty, is a matter of focus and consciousness. What you focus on can sharpen your awareness and deepen the consciousness that brings you to a new insight – a key element of success. Through these blogs, we hope that you have gained awareness about living with a consciousness that promotes happiness and health as well as courage and confidence.

Let’s take a look at what really happens when we live in harmony with what surrounds us.

A musician stood at a Washington, D.C., metro station early in the morning, playing works by Bach. It took about 45 minutes for him to get through these pieces and during that time, and estimated 2,000 people passed through the station. One gentleman, in particular, took notice about three minutes during the first piece. He stopped for a moment to listen and then rushed off when his train arrived.

After four minutes more, the musician, a violinist, took notice of $1 thrown in his tin from a woman, who had barely stopped to listen.

After six minutes, another man waiting, stood against the wall to listen for a moment, until his watch dictated that he leave.

After 10 minutes, a young boy, about 3 years old, tried to stop and show his mother, but she pushed him to keep walking. In fact, this happened with many of the children walking by. All of the parents urged their children to keep walking hurriedly.

After 45 minutes, the musician had collected $32 from about 20 people who had simply walked by, none of them stopping to enjoy the music. About six people stayed to listen, but hadn’t left money.

One hour in, the violinist stopped playing. No one took notice.

What all of these people didn’t realize was that this violinist was Joshua Bell, one of the finest and most acclaimed musicians in the world,. His violin alone was worth over $3.5 million. It was only two days before that people bought tickets to his show for an average of $100. The theatre was sold out.

The Washington Post set up this social experiment to view the perception of beauty, taste and priorities.

One of the biggest questions that stood out from this experiment was how we recognize talent in an unexpected context.

The Post’s conclusion was this: “If we do not have a moment to stop and listen to one of the best musicians in the world, playing some of the finest music ever written, with one of the most beautiful instruments… how many other things are we missing?”