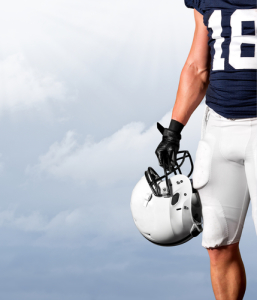 Twitter and Square CEO Jack Dorsey didn’t even want to start a company. He just “had an idea and decided to pursue it,” he said. His suggestion to everyone and anyone: don’t just leave an idea festering in your head. Get it out and start working on it. He didn’t think in terms of failure, but in terms of getting his idea up and running.

I asked Jeremy Bloom, the three-time world champion freestyle skier, former NFL football player and now a successful entrepreneur, if he was afraid to fail. “Oh, I’ve failed much more in my life than I’ve succeeded,” he said. “Much more. I don’t look at it as failures. I look at it as setbacks, and I love setbacks because I think every setback gives you an opportunity to separate from everyone else.”

In Bloom’s perspective, setbacks identify the most challenging situations to solve. He recognizes that those are the situations that most people won’t, or can’t, solve. But if he and his team can solve them, their breakthroughs that separate them from the competition.

Karl Mecklenburg,, six-time all-pro NFL linebacker and a former team captain for the Denver Broncos, said, “In the NFL, you see gifted guys who were drafted in the first or second round, but the first time they have ever failed [was] on their first day at an NFL training camp when some veteran mopped the floor with them. They don’t know how to react; they feel defeated. On the other hand, if you have someone who has been thwarted and challenged, and has pushed himself over and over again, up to that line where they are going to fail, but have the courage to continue, that is someone who can handle failure. They’re the football players who make it in the pros.”

Mecklenburg used setbacks earlier in his life as learning opportunities as well as motivation; his motivation to succeed became stronger because of his setbacks.

As you’ll see in a future blog, not only did Mecklenburg demonstrate his courage to fail in order to succeed, but also his great resilience and passion.

I’d love to know what setbacks you used as learning opportunities. Thanks for sharing!