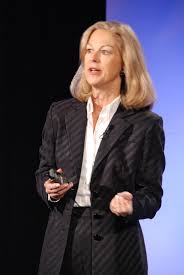 Stepping off the path of familiarity into the unknown is common to other well-known and hugely successful individuals as well. In fact, the ability to take a leap of faith may be a characteristic of success.

Certainly, when Christie Hefner became president of the then-financially ailing Playboy, it took nerves of titanium not just to volunteer for the role, but to admit that some things just weren’t working – the clubs, the modeling agency, the book division, etc. – and push the company into the nascent area of cable television rather than the familiar and static world of publishing.

“Life is a trapeze act,” Hefner said in an interview. “It’s a series of opportunities presented and taken. You have to seem available to actually get the opportunity.”

Throughout her life, Christie Hefner would have loved more opportunities, but because people saw her as the leader of the Playboy brand organization, they assumed she wasn’t available. She said that no one sets out on a course to fail. It’s more about a risk-reward proposition that is much more meaningful and manageable in one’s life.

In 2008, Hefner again demonstrated her ability and determination to take risks when she ended her 20-year association with Playboy. In an article in Bloomberg Businessweek, she said, “. . . just as this country is embracing change in the form of new leadership, I have decided that now is the time to make changes in my own life as well.”

Hefner said that once she left Playboy, interestingly enough, all of these wonderful opportunities that she had hoped to find came at her fast. Her ability to be resilient and to find slightly different approaches to her life really resonated with where she wanted to go. She is currently executive chairman of Tucson-based Canyon Ranch Enterprises, which promotes health and wellness through a number of channels

Hefner engendered success by daring to take something big and scale it back. Other leaders take something as small as an idea and end up with an entity that changes our world.

Hefner has made changes and she’s had to change her focus, but ultimately, the result is that she is living a happy life and loving what she is doing. On a funny note, she recalled a conversation with her father during this time of change, where he told her, “Christie, whatever you do, don’t lose the mansion.”

Do you know of someone who stepped away from a big position in order to find for herself or himself new opportunities? Thanks for sharing.