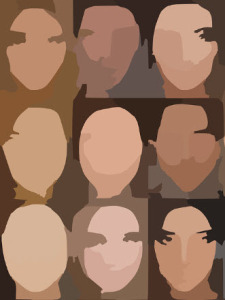 Here and in the next blog we will help you identify the nine faces of fear of failure. By doing this, we will provide you with techniques to overcome the fear of failure and to come to terms with it so you can focus your mind on successfully attaining your goals and dreams.

This fear comes from the belief that if you give 100% and then fail, you’re a failure.

This is the most devastating form of fear of failure because it seems hopeless, as if you’re permanently flawed.

Correct this thinking by reframing your thoughts or changing your beliefs. A reframed thought for an entrepreneur could be: “I will give 100% to the success of my business. If it doesn’t succeed, I’ll take what I learn and either modify the business or start a different one with a greater chance to succeed.”

This face is a more obvious one: When you’re afraid to fail and you think you might, you put off doing things so you don’t have actually to face failing.

A business leader may procrastinate on implementing a new strategy or initiative because he is afraid it might fail. Or an entrepreneur may put off firing someone for fear that she will spend a lot of resources hiring someone new, who may possibly be worse, so she continues with the known person, even if that person isn’t working out.

A CEO of a high-tech firm of about 60 people had a sales team that was underperforming and was told by his board, “One of your weaknesses is that you wait too long to make personnel changes.” When he realized this was true and he embraced facing his fear of failure, it lost its power. After that, the CEO made personnel changes quickly when they were needed.

Instead of dealing directly with your fear, you express it as anger so no one sees the fear, possibly even yourself. There’s a good chance you don’t even know that you have a fear of failure because it’s quickly covered up by anger.

Anger in this situation is actually a protective response, especially in men. Fear is the primary response, and anger is the secondary emotional response.

Expressing anger won’t resolve the real issue when it’s actually a fear of failure. In fact, expressing anger will probably only create a new set of problems. Anger can be a very deceptive face of the fear of failure, because anger held in will fester, often being unleashed on a person or situation that has nothing to do with its original source. Find the fear and work to resolve it and your anger disappears.

People cry for a variety of reasons, including emotional or physical pain and grief. Crying is a fairly normal response to fear, including the fear of failure. (This may be more common in women than men.) Many young children cry openly when scared, but for adults, it’s considered something best done in private. Crying can be cathartic, but after a good cry, if it’s being used as a cover up for fear, you need to deal directly with the fear.

In the next post, we will continue exploring the nine faces of fear of failure. Stay with us!