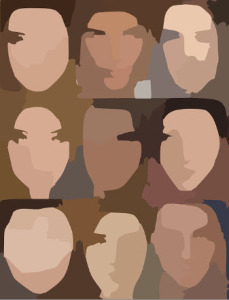 We’ve been helping identify the nine faces of fear of failure in order to provide you with techniques to overcome the fear of failure and to come to terms with it. Here are faces #5 through #9.

After losing a big deal, a leader or sales rep says, “I didn’t have much of a chance anyway.” Stop deceiving yourself! Stop making excuses. What if you want a new job or a promotion? Will you go all out for it? Or rationalize that you don’t have a chance and give a half-hearted effort? You’ll win some and lose some, but the only way to win big deals is to keep focused, play big and learn from winning and losing.

You avoid putting yourself in situations where you think you could fail. This is a sure way to live your life as an underachiever. Underachievers stay in their comfort zone. Facing the possibility of failure is too uncomfortable. High performers live and thrive with challenge and discomfort. The possibility of failure motivates them to take positive action. Are you avoiding something out of fear of failure? Take the first step in resolving this fear: Identify what you are avoiding.

A fairly common face of fear of failure for leaders is indecision. Indecision is a decision . . . the decision to not change anything now. It’s an inaction that keeps things the same. Fearless Leaders are good decision makers. Sometimes the decision is to do nothing, but doing nothing is made as an active decision, not a passive lack of action. When indecisive, consider making a conscious decision to do nothing, or to take action.

Do you know someone who is always chasing a new, shiny ball, someone who’s always after the newest “thing,” be it a new idea, a better product or service, before finishing what has already been started?

Chasing what’s new and exciting (nexciting) can keep someone energized even though he’s not succeeding at much of anything. He’s afraid of failure and covers up with the drug of “nexciting.” Consider having strong, positive accountability to follow through on all that is important.

There are different levels of withdrawal. A mild form would be similar to procrastination or avoidance. In an extreme case, you could be curled up in bed in a fetal position. If the fear is so great that it immobilizes you emotionally and causes you to withdraw, you may not be ready for the challenge. Let it go or find someone to help you by either doing it together or assisting you to find the courage or skills you need to increase your confidence and probability for success. (If your withdrawal is severe, consider the help of a mental health professional.)

Self-evaluation – Now that you are familiar with the nine faces of fear of failure, score yourself on a 1 to 5 scale in which:

How’d you do? In our next blog we’ll look at techniques for mastering the fear of failure.