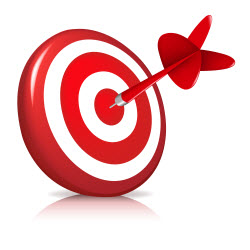 After reading these blogs about passion, motivation, positive thinking, are you still a non-believer? Then as you read on, please don’t think about a pile of crap. Don’t focus on poop. Don’t create a picture of poop in your mind or think about a bunch of poop about to be dumped on you. What are most of you thinking right now? About a pile of crap, and that’s exactly what you get in life when you focus on what you don’t want.

The fact is, when you’re motivated by what you do want, you’re focused on it and tend to attract more of what you do want into your life. It’s like shooting an arrow at a target. If you want to hit the target, you focus on the target. You don’t focus in the opposite direction and expect to hit it.

Unrelenting fire of an impoverished boy

A destitute orphan in Africa was raised by his older brother. He didn’t even have a pair of shoes, but he was a talented endurance runner and decided this was his way out of poverty. One day, he promised his brother, “I will become a world champion, move out of this country and never live in poverty again.” A bold statement for an impoverished, uneducated child. But this boy ran every day, he developed his raw talent and did indeed live up to the promise he made to his brother by becoming a world champion. He also attended college on an athletic scholarship and has become a very successful businessman.

I had the pleasure of working with this athlete after he won his world championship. He was training better and faster in practice than when he won the world championship, but he said, “I’ve lost the fire; it’s not there like it used to be when I need it.”
In a long race, when his body began to give out, when his muscles were depleted, he did have this reserve of energy, what he called his passion, that would kick in and allow him to finish his race strong; that was no longer there. It had been there from the time he made the commitment to his brother until he had achieved his goal of winning the world championship. Now, his fire, his unstoppable desire was gone. No matter what he did, he could never regain it. His passion was to become a world-champion and to lift himself out of poverty.

Once accomplished, no other goal inspired the unrelenting fire, the passionate reserve of energy that made him great. So he retired from sports and has built a successful business. Passion was his fuel for greatness. Without it, he was no longer the best in the world.

What of your passion? Are you passionate about what you do, or do you want to move on to something else that will truy move you?